The Ardèche.  This region largely remains off the beaten trail for wine-tourists and wine professionals alike who make a pilgrimage to the mighty Rhône wine appellation.  Even the pronunciation of the name “Ardèche” crescendos into somewhat of a whisper, almost as a secret that the locals would prefer to keep to themselves.

Named after the river that divides this mountainous region, the Ardèche is as old as the existence of humanity itself.  Thousand-metre-high mountains, with rock shelves carved like mother nature’s own terraces, frame the highway into the area.  Evidence of prehistoric inhabitants are found still to this day in the caves tucked amongst the rock structures.

Descending South into the Ardèche, there are swaths of pine forests, and an assortment of adventure practically begging extreme sports enthusiasts to come : hiking, rock-climbing, mountain-biking, canoeing, kayaking, etc.

We are here for wine – specifically Les 7 Pierres – the project of François Tissot at his historic Farmhouse, affectionately called Mas Heritage.

The Story of Mas Heritage

Francois purchased the property in 2013, and in just four short years, he has accomplished quite the feat!

Centuries ago, the farm operated entirely in permaculture, growing grapes to make wine, planting potatoes in-between the vines (among other crops), and even harvesting silkworms.  Horses were used to work the fields back then too, with historic stables on the property.  With the last addition to the Mas dated 1855, quite a lot of renovations have already commenced, with more planned for the future.  François endeavours to incorporate organic and sustainable philosophies in his restoration of the property. 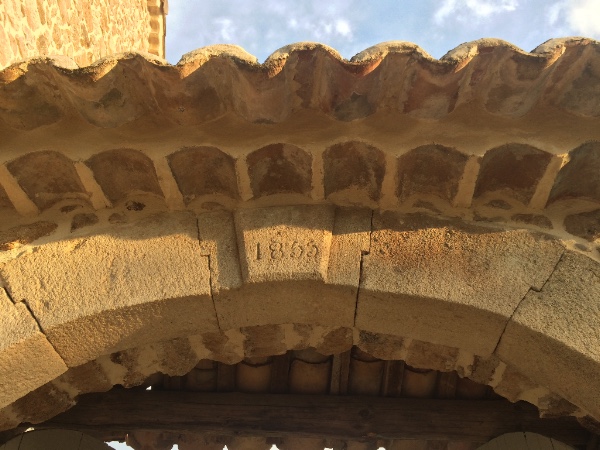 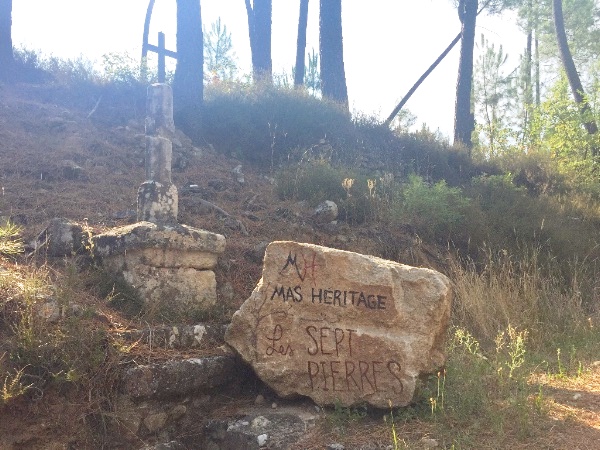 Reclaiming old vineyards was no simple task.  The terraces had been covered in pine forests that had overgrown on the property during the past decades since the vines were abandoned.  After calling in foresters, the most important task for François was to restore soil health from the acidic structure that the pine trees had left.  This was accomplished with the addition of calcium and chalk to the vineyards, via seaweed. 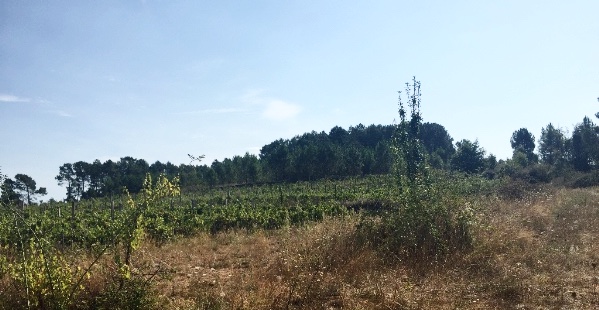 Photo : Reclaimed terraced vineyards at Mas Heritage – the parcel was formerly covered with pine trees, like the forest behind the vines here

Soil health still remains a big focus for François, with much time devoted to on working the soil in order to have a lively and “breathing” terroir.  How does this treatment work?  First, lots of tilling and ploughing at a low depth and sowing seeds of Alfalfa throughout.  Alfalfa plants use their roots to break the soil up to 20-25cm deep and develop mycorrhizae,  which naturally transform the atmospheric nitrogen into soil-accessible nitrogen for vines. 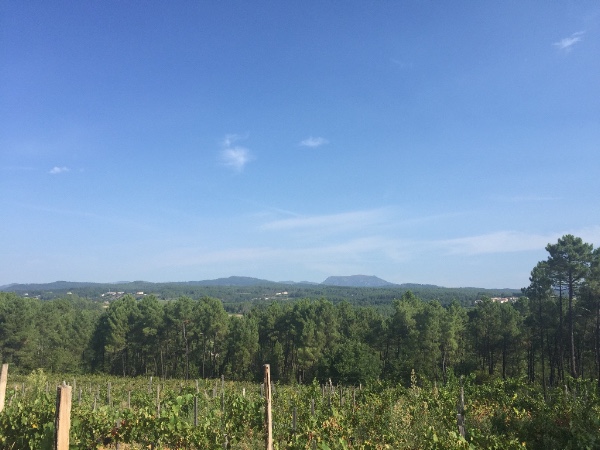 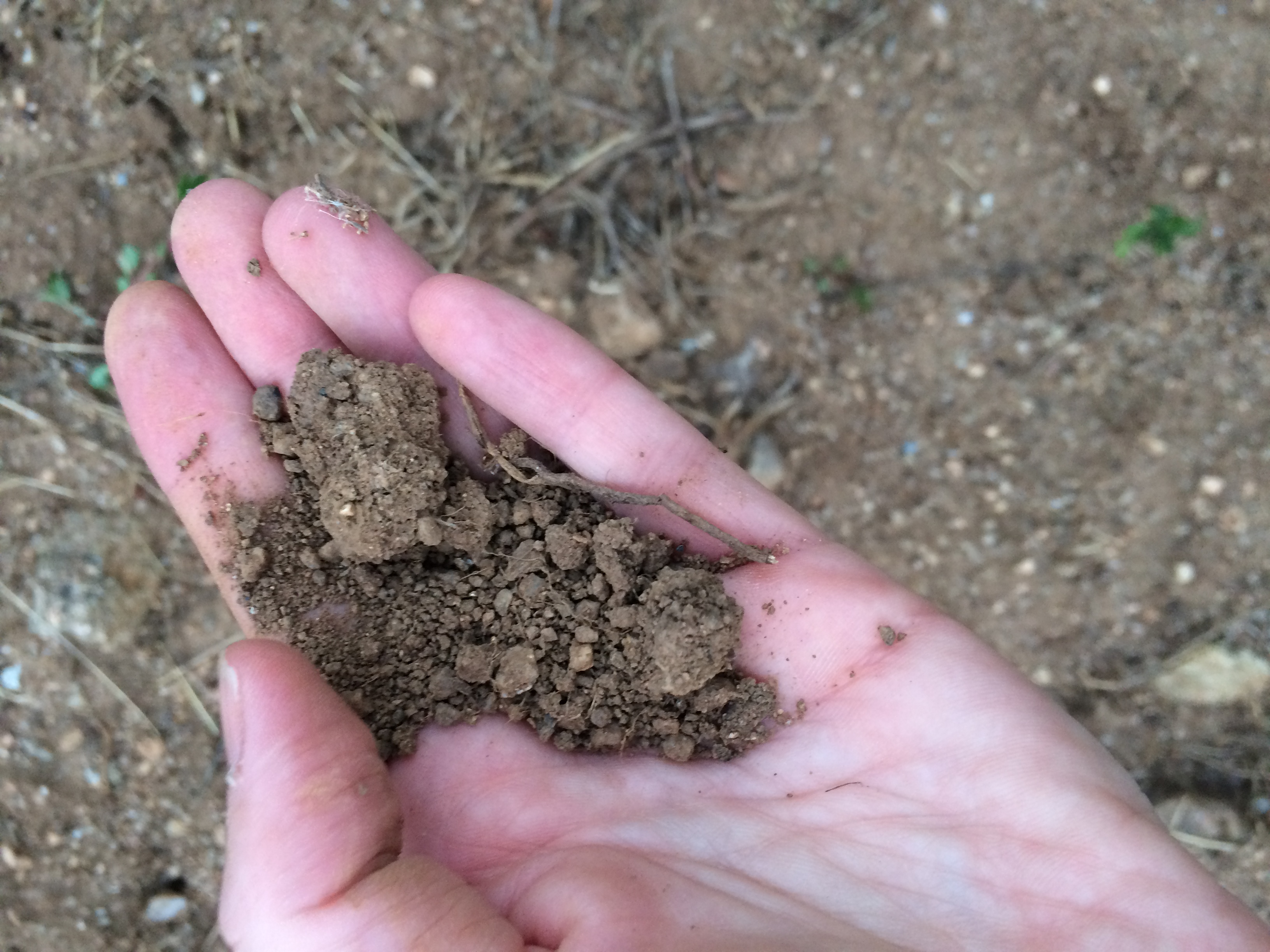 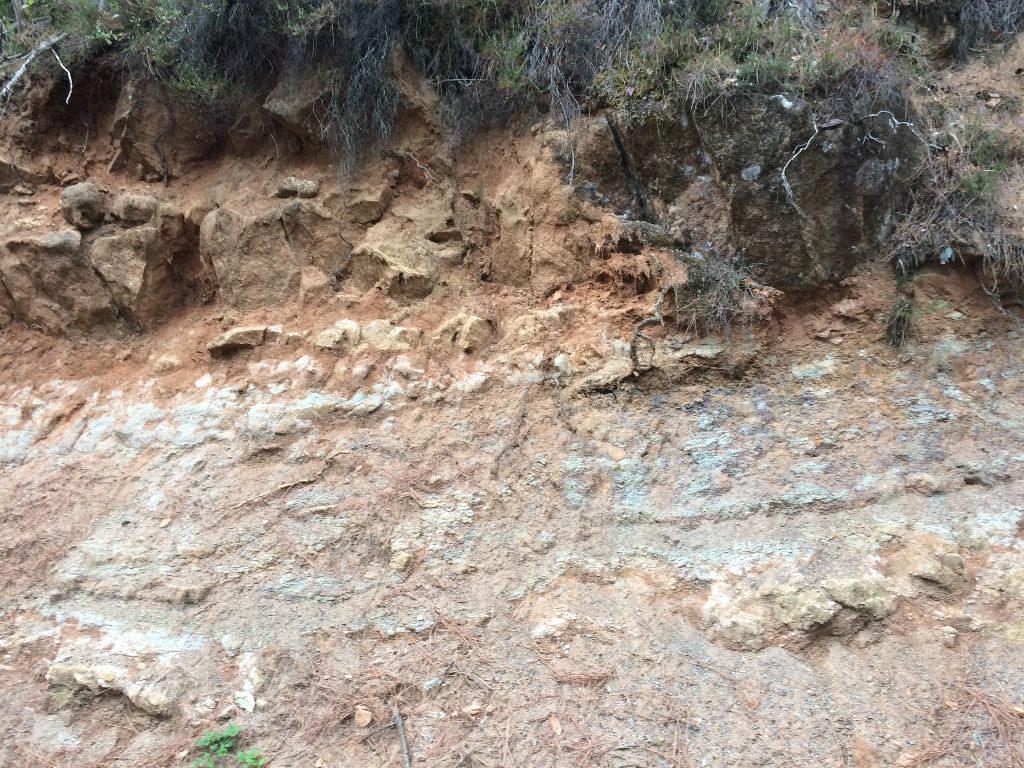 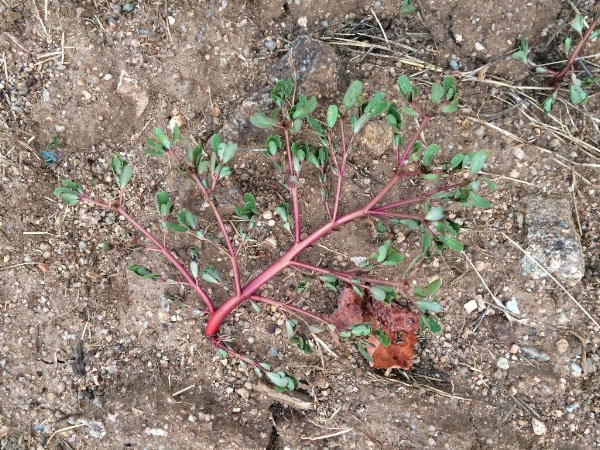 Photo 1 : View of Massif du Temarque from Mas Heritage vines – as a former ski-monitor, Francois is happy to be close to the mountains!
Photo 2 & 3: Sandstone soil
Photo   4 : Trails of purslane in François’ vineyard. This plant is an indicator of compact soil.  When he started he had many of them, tilling and ploughing the soil have been the actions to get rid of them !

The Domaine’s name – Les 7 Pierres (Seven Stones) – was selected with intention by François.  Pierres (meaning stones in English) are littered throughout the sandstone of the Trias cévenol, and are literally bursting with minerals and quartz.

Now why the number seven?  The Ardèche wine region contains exactly 7 appellations: Coteau de l’Ardèche, Saint Joseph, Cornas, Condrieu, Saint Péray, Côtes du Rhône and Côtes du Vivarais.  Perhaps it is also no coincidence that François has been blessed with 5 beautiful children, making that seven members in his family !  Through his Domaine plantings at Mas Heritage and negoce activity, François makes a solid range of wines from these 7 appellations.

The 3 Ha vineyard at Mas Heritage is farmed organically with white plantings of Chardonnay, Viognier, Sauvignon Blanc, and Riesling, which François has planted in hommage to his grandmother, who comes from Alsace.  Syrah, Cinsault, Grenache, Pinot Noir and Cabernet Sauvignon are the red varietals planted on the property.  One remaining hectare will be planted in 2019 to cover the whole vineyard, making 4 Ha. It is Francois’ hope that he will be able to purchase a remaining 3 Ha plot adjacent to his property from his neighbour, meaning he will have in total : 7 Ha. 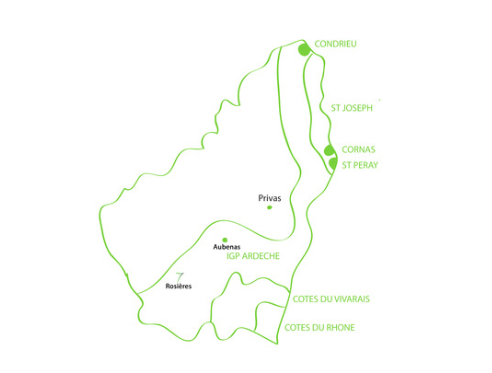 With harvest levels being at their lowest in decades throughout France, the Ardèche is not excluded from experiencing limited yields.  This precocious vintage began with problems starting in winter, with lots of ice coating the vines.  It wasn’t the ice that was the problem, but the quick arrival of warmer temperatures that started in Spring.  The cold-snap was broken by a hotter-than-normal March, with bud break starting by the end of the month, just into early April.

Like many vignerons in France, the period of the 24-27 of April saw black frost and sub-zero temperatures throughout the vineyard.  In the early summer, while vines were still recovering from a 15% loss of flowers that spring, the first of a series of hail episodes started on June 10th – one month before grapes started to appear.  Five more hail storms rolled through the vineyards, finally ending their assault in early August.

When vines are physiologically stressed – ice, frost, hail – without any mercy, they mobilize their natural defence mechanisms.  Vine growth slowed, but threats of disease were a direct result of the hail storms.

Fortunately, the grapes that did survive have started to come to maturity nicely, but in very small quantity. Though much of the region is suffering the effects of a hot, dry summer, with local rivers running dry, Mas Heritage has never had a problem with lack of water. 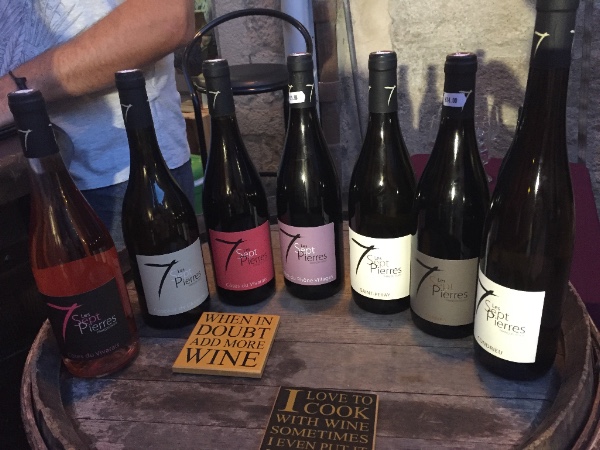 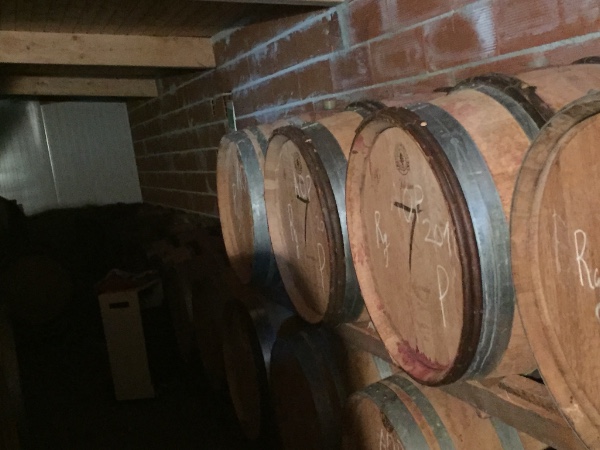 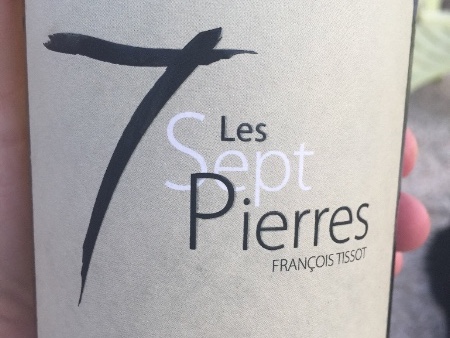 Coteau de l’Ardèche Blanc 2016
(Chardonnay, Grenache, Marsanne)
Herbal nose with the scent of pine, sap, and anise.  The acidity is crisp and fresh, with a slight hint of ramps.

Saint Péray Blanc 2014
(50% Marsanne 50% Roussanne)
To taste this wine blind would easily fool a good palate with the fruits of an extraordinary Burgundy white.  Notes of vanilla, aged hard cheese (Comté), and fresh lemon on the nose, continue melt on the palate.

Côtes du Rhone
(60% Grenache 40% Syrah)
The notes of dried blackberries and mulberries, dried garrigue, and dusty graphite are found easily on the nose, however an explosion of floral elegance and juicy acidity with supple tannins ensures this wine is expressing its full potential. 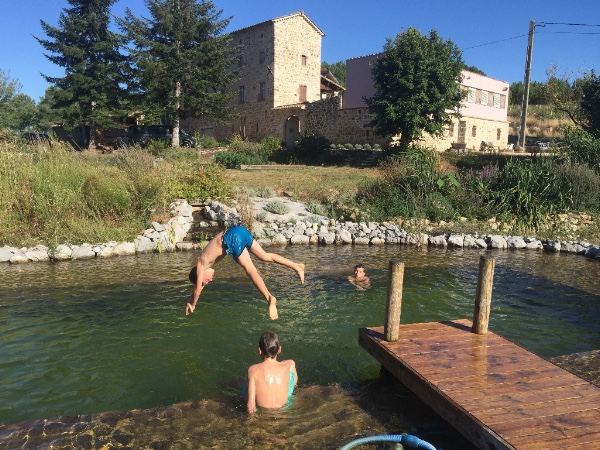 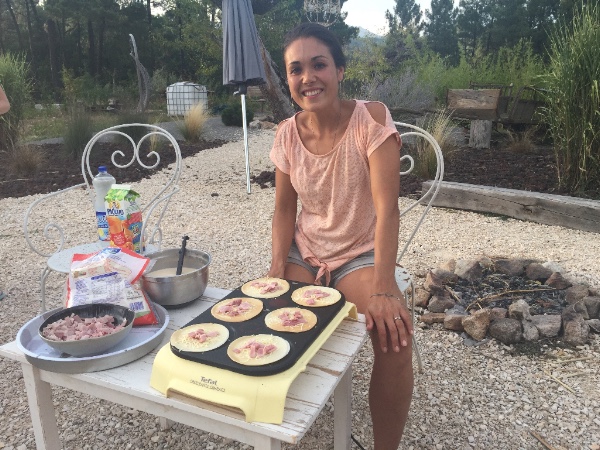 Francois has been very thoughtful in his sustainable restoration of the old farmhouse at Mas Heritage.  He has converted the entire power system to solar panels installed on the roof of the farmhouse, as well as on the roof of the Gites he has installed on the property.  The swimming pool is 100% chlorine free rain-collected water, filtered through a pond.  Francois also built two modern and ecological self-contained Gites (vacation apartment rentals) on his property just adjacent to the vineyards. One from the old stable when horses were used earlier in the XVIII and XIX century.

In addition to seeing his current Domaine plantings come to bear fruit, Francois has his sights set on his neighbour’s property, hoping to convert the existing pine forest there to 1Ha of white, and 2Ha of red grapes.

And then, if the dream comes true, a stable will be built to host horses that François would love to use for working his vineyard. As he says, a horse will never damage the soil as he cannot use more strength than his natural one : a real respect of nature in the limit of what nature can do itself ! 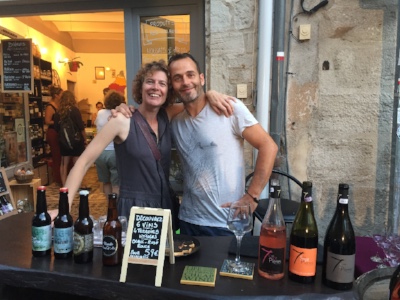