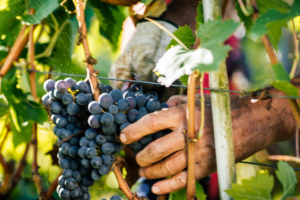 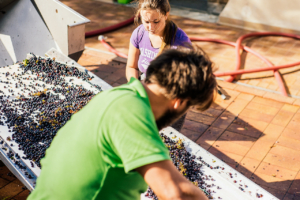 1) How was the weather during the harvest? As always-too ​​hot

The season has been one of the most complex and unique of the last few years. Quite cold winter with some snowfall and several days of temperatures below zero.

Early vegetation, late March, has paved the way for late frosts, occurring the week after Easter. In the vineyards we defended ourselves by igniting fires for two nights.

A normal spring with some rain and a fall in temperature in May and then one of the most torrid and dry weather in history.

The result was a very early harvest, which began on 20 August with Pinot nero di Pomino, and then with Sangiovese in Rufina on 28 August.   2) How was the harvest? Loss of -40% of a normal crop due to drought3) General Impression of the Vintage? Not considering the small quantity, the wines are fairly fresh rich and well-structured, medium-fine tannins and mature

4) What was the best meal served during vintage ? Classic wild boar in the evening 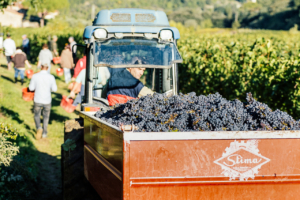