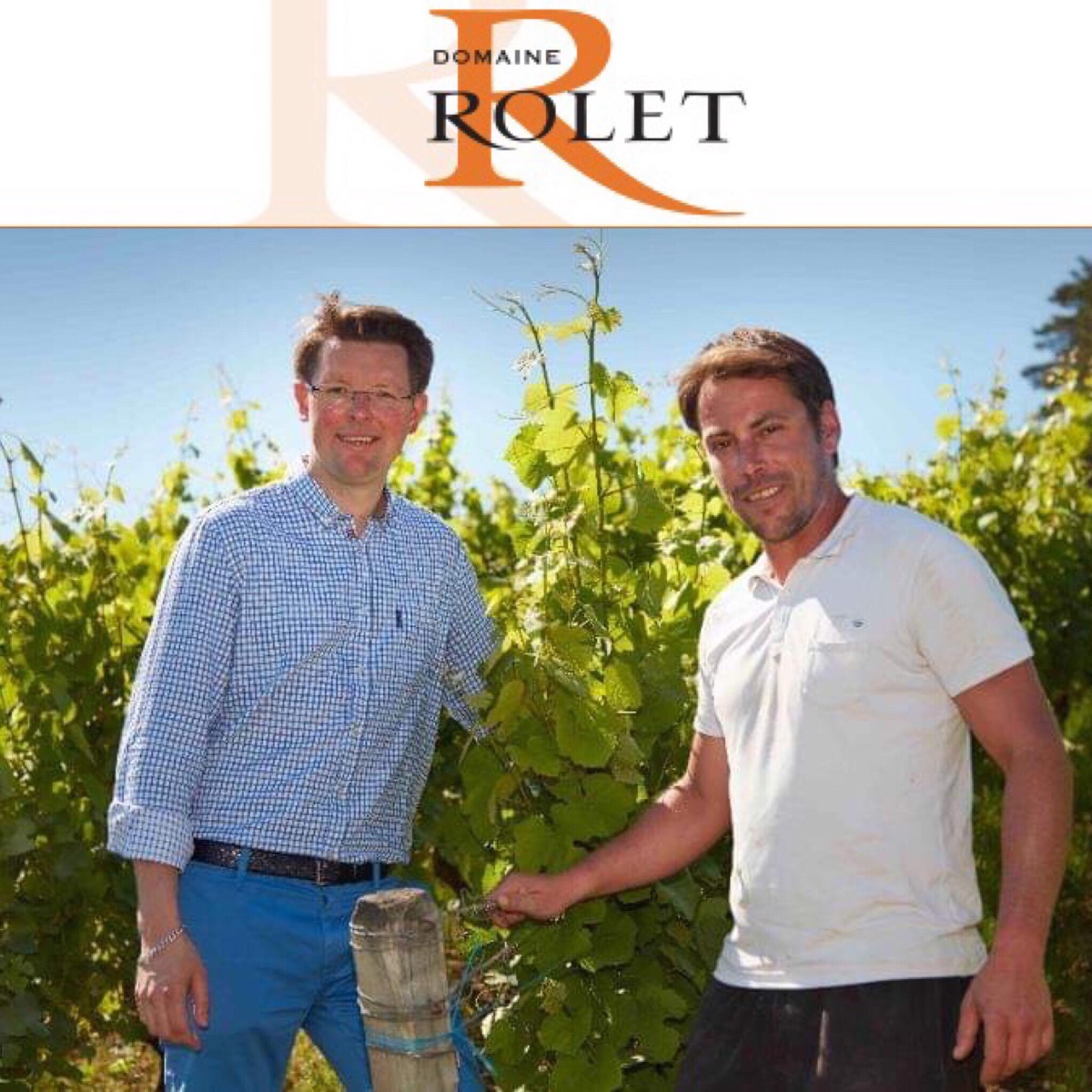 Our tour of the vines continues with a visit to Domaine Rolet, now entering the second year under the direction of Cédric Ducoté.

Many projects are on the agenda this year. The estate’s orientation towards organic farming started on the first parcels this year, an additional new press was purchased, and sorting tables were installed to select the grapes when they arrive at the cellar.

During our visit, we toured the plots and saw the damage caused by the May frost. We also tasted the freshly bottled white and rosé 2018 wines, and the reds still in barrel and stainless.

Thank you all for your support and loyalty!  We are thrilled with the developments recently implemented at the Rolet domain, which complete the qualitative work that the Rolet family had put in place. 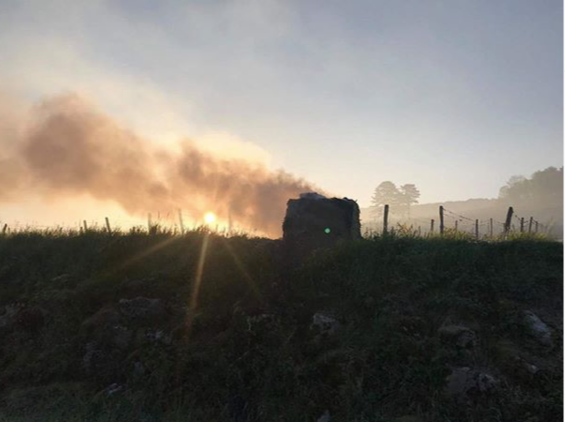 It was a rather dry winter, but heavy rains in early 2019 put an end to winter’s water stress and allowed groundwater to be replenished.

As early as February, the temperatures were summery and the vines budded early for the season. But nature has regained its usual temperate path following the cooling at the end of March, which lasted until the beginning of May!

Thus, while vegetative development was expected to take place well in advance at the beginning of March, the vine is currently about two weeks behind a typical vintage.

Two frost episodes swept through the Jura. First : on April 13 and 14 with temperatures falling to -5°C but without high humidity. Then more seriously on May 5 and 6 with less cold temperatures (-1°C) but a lot of humidity.

The entire team at Domaine Rolet was prepared and up in the middle of the night to light straw fires before sunrise in order to create a smoke screen shield.  This was to protect the the ice-covered buds and the first leaves from the magnifying effect of the first sun rays, which could burn them if unprotected.

The most affected areas were 10HA on the low part of Chagnon sur Montigny les Arsures and Montesserin around Arbois – nearly 20% of the total Rolet vines. The Southern vineyards in Cotes du Jura  were less affected, as temperatures did not drop as low.  However, neighbours in Arbois didn’t fare as well, with some losing upto 50% total. 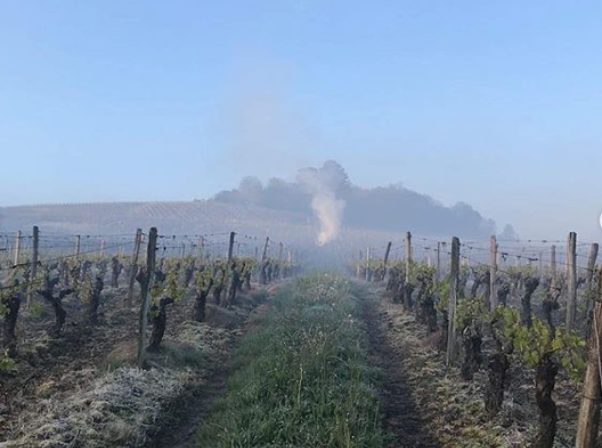 Frosty mornings in May 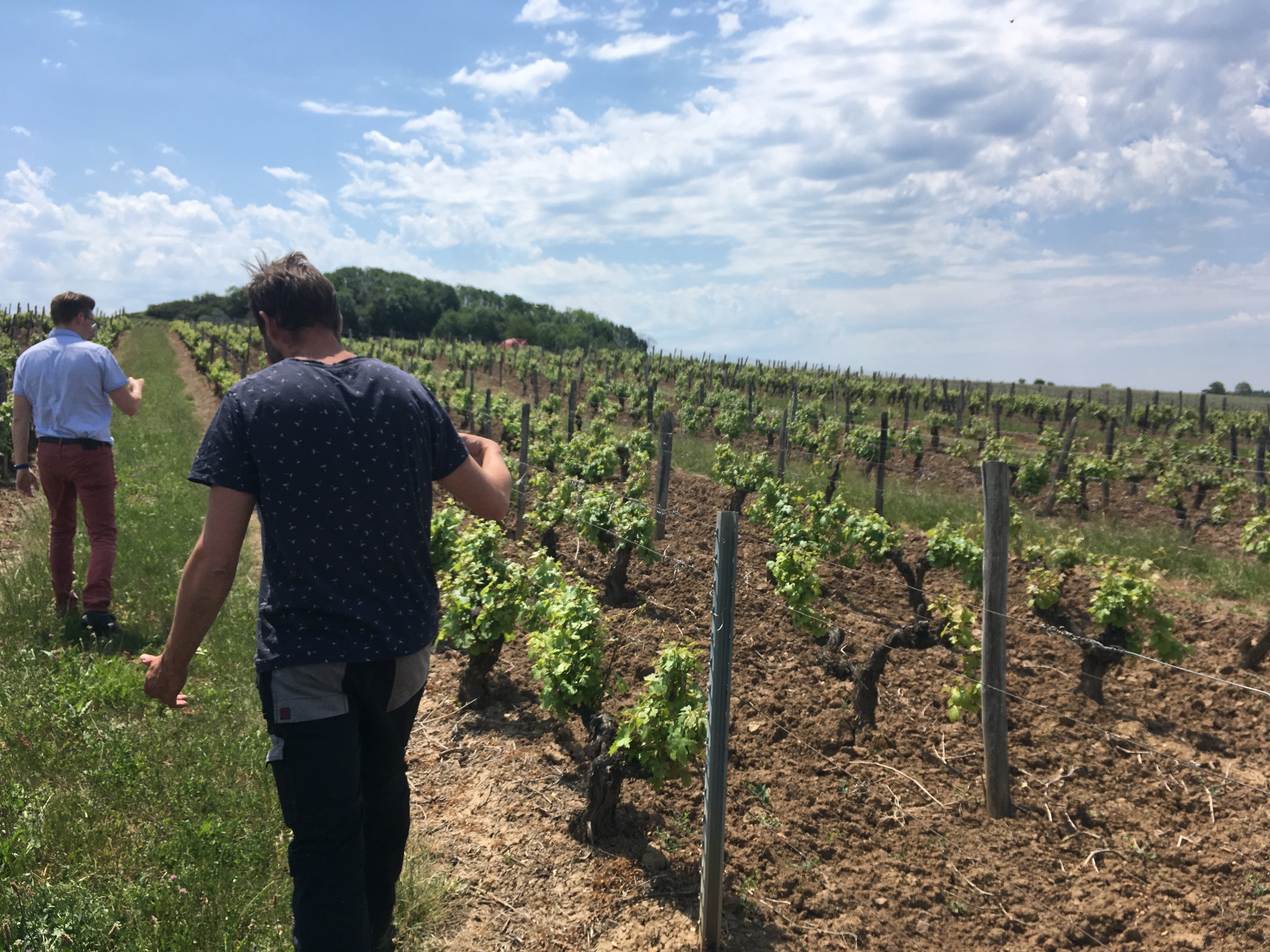 Following Cédric and Jocelyn through the plots under organic conversion

Right now, 8HA in Arbois just surrounding the winery is currently going under the conversion to organics.  This is a step-by-step process that will take years to full accomplish, but is the next step for Rolet.

Domaine Rolet has always taken great care in regards to soil compaction in the Jura.  Unlike Burgundy, where soils are dominantly comprised of Calcaire, and some clay, the opposite is true in the Jura, as we have mostly clay, and some limestone.

It is on this clay that our native grapes – Trousseau, Poulsard and Savagnin thrive.  For these reasons, in the 1970’s Rolet had planted their vines in 5 rows, leaving the 6th grassed so treatments could be performed by tractors without compacting the soil.

The estate still practices this smart vineyard management technique, which has since been adopted by neighbouring producers.  The estate has also recently invested in a light Solis tractor dedicated to these passages in the vineyards in order to minimize the impact during treatments. 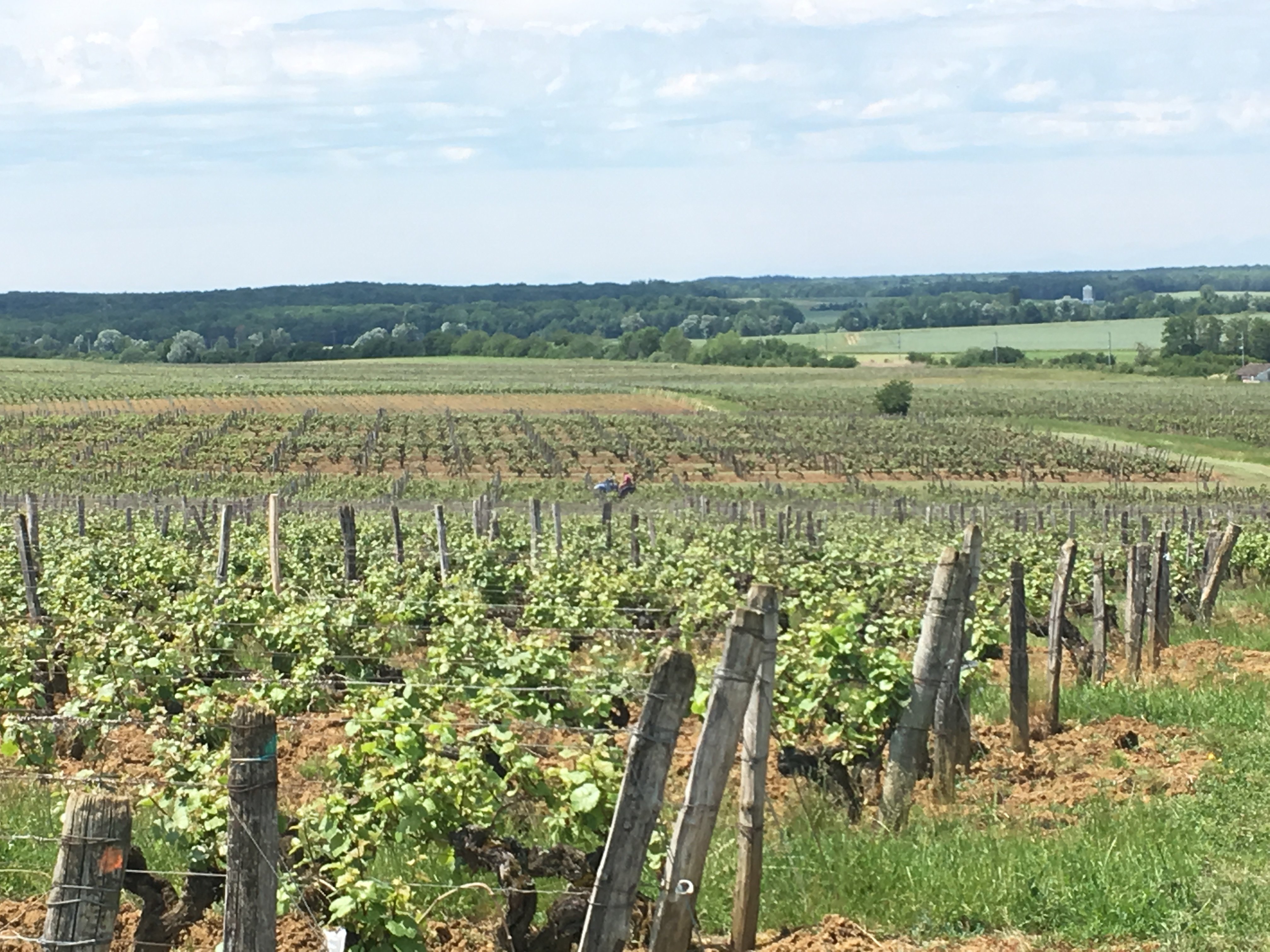 Since Cedric’s arrival a little over a year ago, the Domaine has experienced a very smooth transition.

Over last summer, he took over the reins from the Rolet family, and led the winery through Vintage 2018 which by all accounts was an historic harvest unlike anyone had seen before, both in terms of quantity and quality.

A trained oenologist, Cédric made immediate changes to improve the efficiency of harvest.  For September 2018, the winery was outfit with new equipment for improving the quality of the grape reception: a sorting table, small stainless steel vats to vinify in small volumes and a second press.  The two presses are now installed side by side with a catwalk in-between to ensure an effective pressing of the hand-harvested grapes can be done without delay, as soon as they arrive at the winery.

On the commerce side, the brand new www.rolet-arbois.com has been updated that is easy to navigate, clearly displays all of the wines, and most importantly includes their technical specifications!  Some refreshed branding will soon follow in other areas, and a few other surprises will be revealed at the Domaine’s Tasting Room too.  Stay Tuned!

In all areas, Cédric is committed to developing the full potential of the Domaine Rolet and continuing to produce wines with character and typicity of the Jura region. 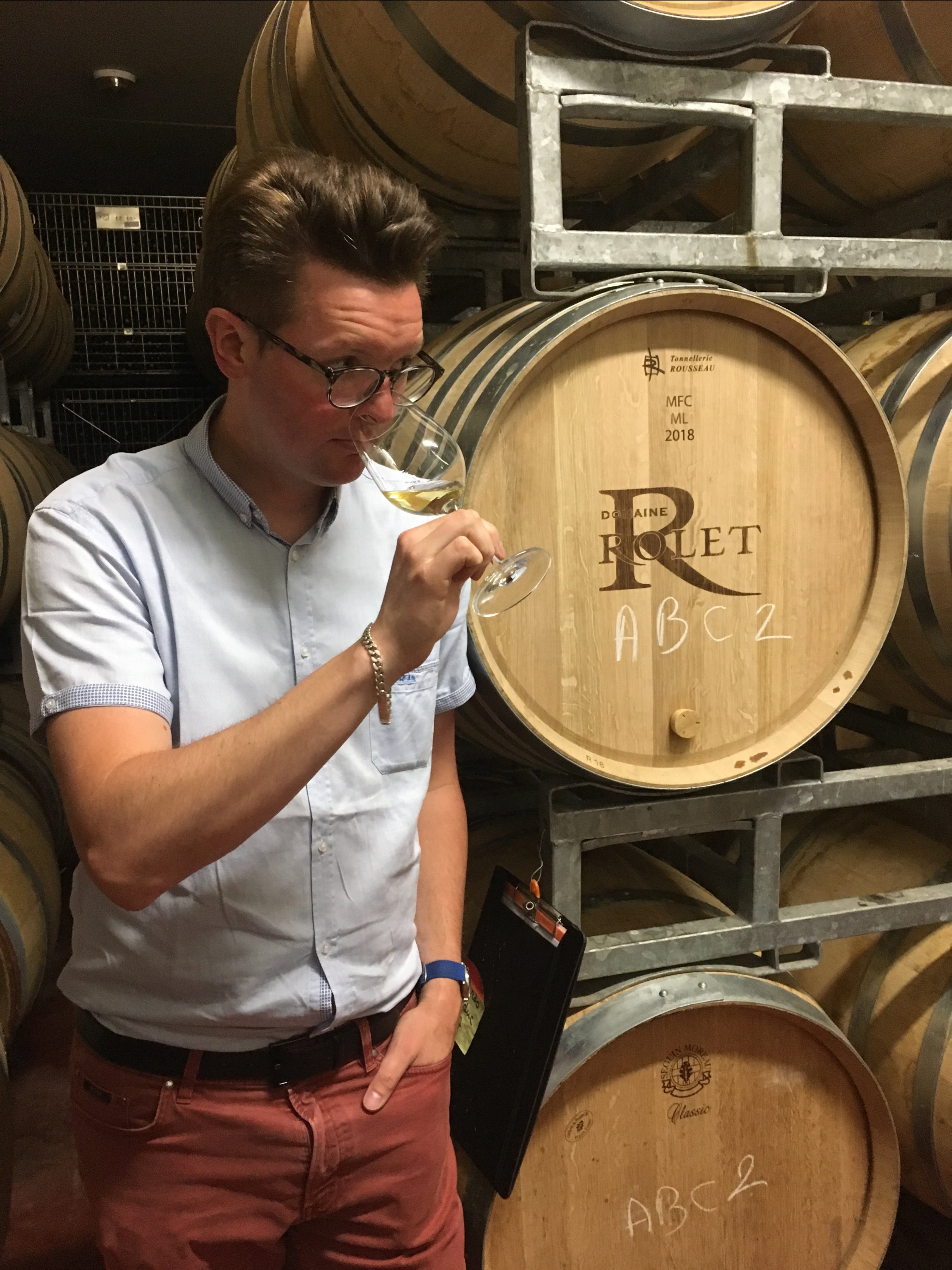 When the Rolet family took their much-deserved retirement last year, so left winemaker, Guy Rolet, who had worked with his team for years.  Today the same cellar team remains, but they are now joined by Jocelyn, former head oenologue at the Departmental Laboratory for Jura Analysis, Lons-le-Saunier.

When he was not in the lab with his team of technicians, samplers and oenologist, evaluating nearly every Domaine’s production, Jocelyn spent his time in the field consulting with many estates, and most importantly for the Vin Jaune.  He has the pulse on what has been happening in every Jura Estate for over 10 years.  This knowledge is invaluable for the evolution at Domaine Rolet.

Since his arrival, the cellar has systematized fermentation with indigenous yeasts, lower dosage levels in the crémants, and much less SO2 additions throughout the winemaking.  The results can already be tasted in the 2018’s, and some of them are already in bottle: Naturé and Rosé des Beaux Jours. 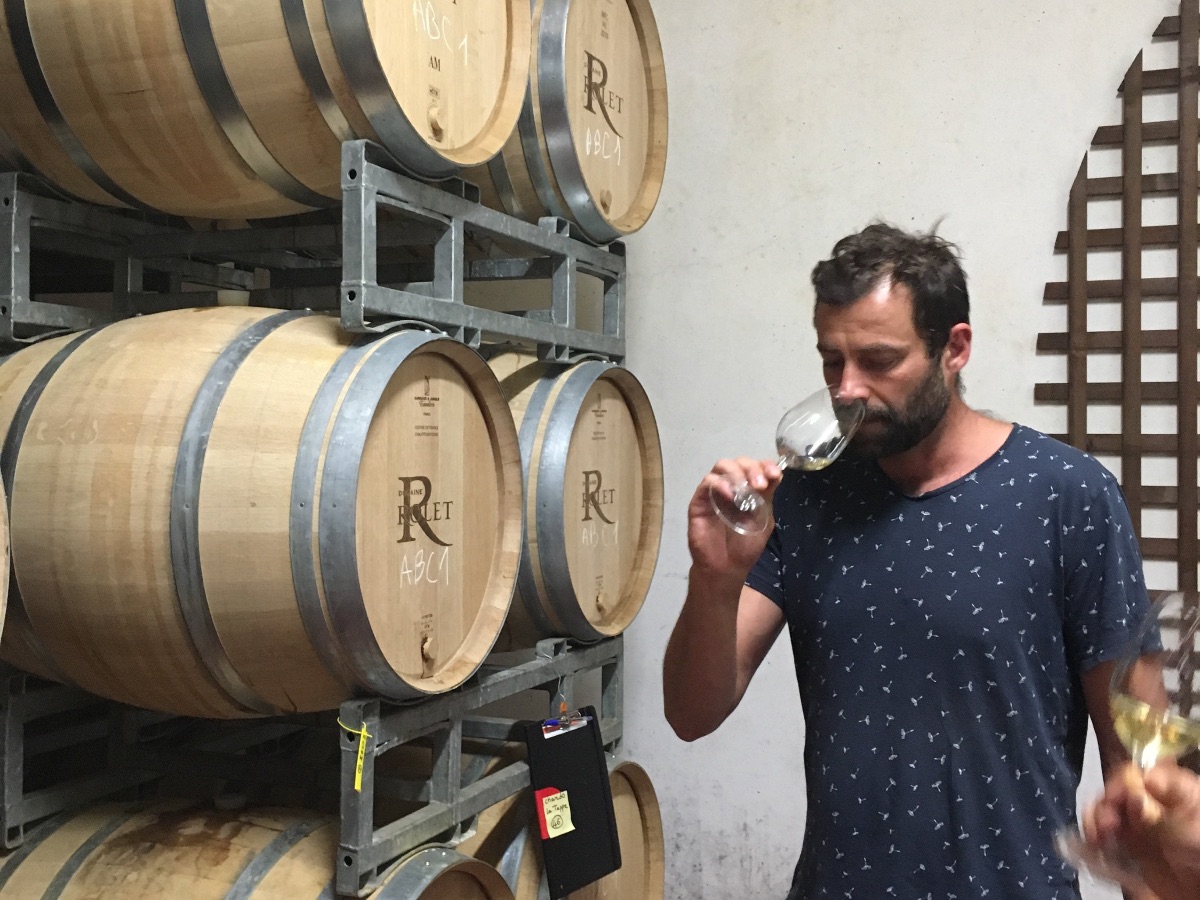 At the same time winemaker Guy Rolet took his retirement, Bernard Rolet the Chef de VitiCulture also retired.  Working with Bernard since 2017, Louis Morel has taken over as the Estate’s Chef de Culture in the vines.

Like Jocelyn, Louis has a long history in the Jura, and was integral with the team during the season’s past two episodes of frost this past April and May.

He has been working with Cédric Ducoté to start the process of organic conversions in the vineyards, and the rewarding job of replanting from our own massal grape selection that the Estate will undertake over the next few years.

These replantings will be done on a rotating basis in order to renew the vineyard while keeping a proportion of old vines. After the removal phase, the plots are left fallow, the soils are analysed and the vines will be planted next spring after a year of rest. The massal selection will be from Domaine Rolet’s vineyard (from their own vine material) and will be varieties adapted to each plot according to the results of soil analysis. 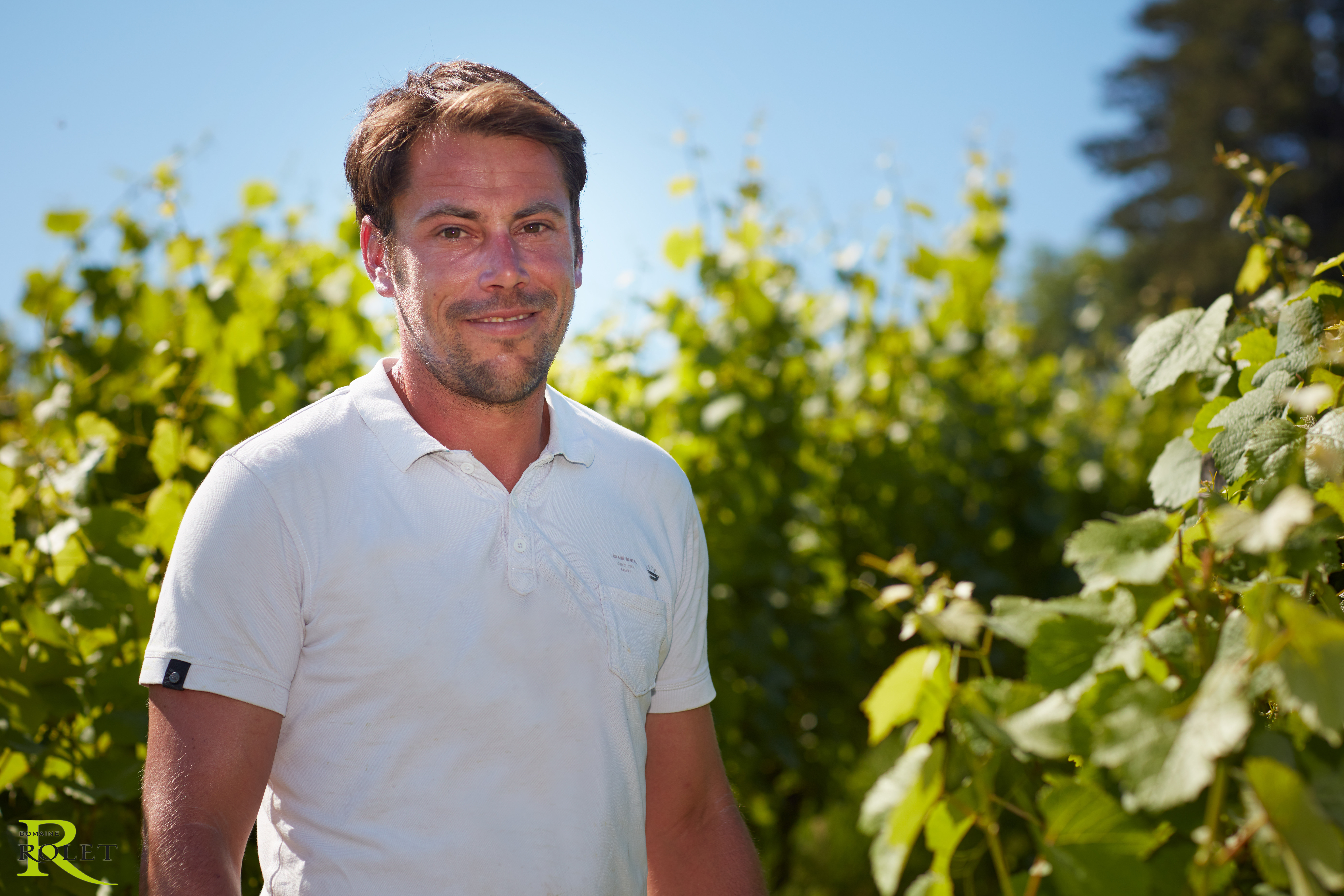 Vintages 2018
The vintage starred with lots of moisture, the summer was hot and not very windy, an exception for the region!
From the first tastings, the 2018 wines are very fresh, and very gourmet.  They have a balanced, aromatic vintage with juicy and ripe fruits. 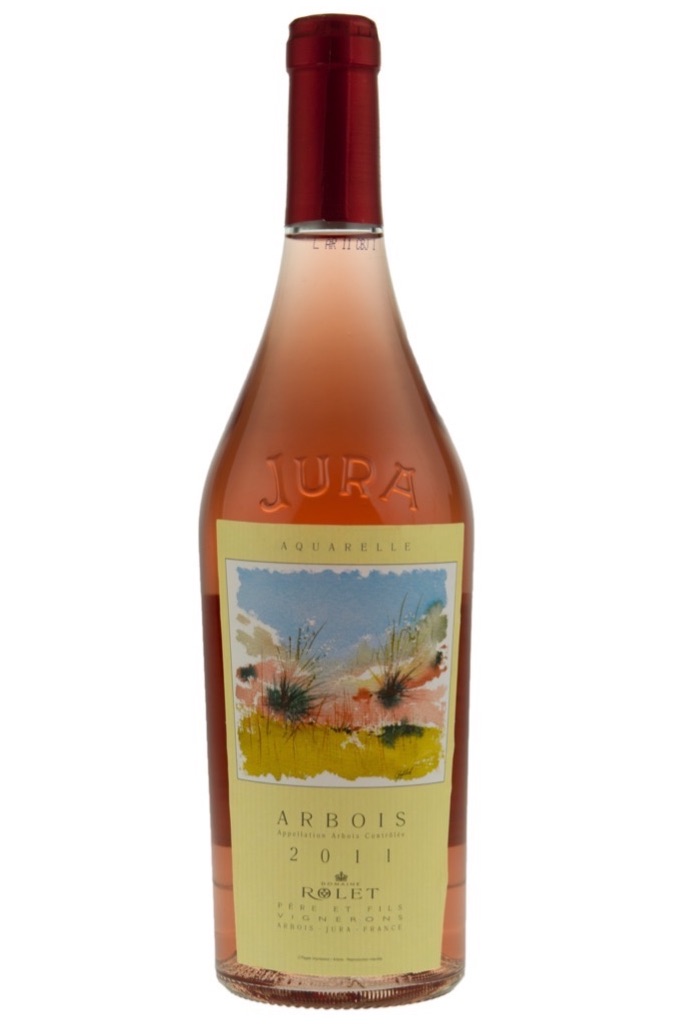 One of the more unique wines from the region is the rosé made with Poulsard (saignée). The wine has aromas of small wild berries and red currants, that finishes in the mouth juicy and fresh.

100% Savagnin that is topped up without any oxidative winemaking.  The nose presents floral notes, with peach and pear.  The wine is fresh and fruity on the palate with crisp yellow citrus.

One of Rolet’s legacy projects was the development of their vintage magnum cave.  The winery has a library of wines all bottled in Jura-Magnums dating back to the early 1980’s.  These special wines have benefitted from the ageing of time when many can’t afford nor have the space to age their own wines in the cellar.  *These wines are available for sale* 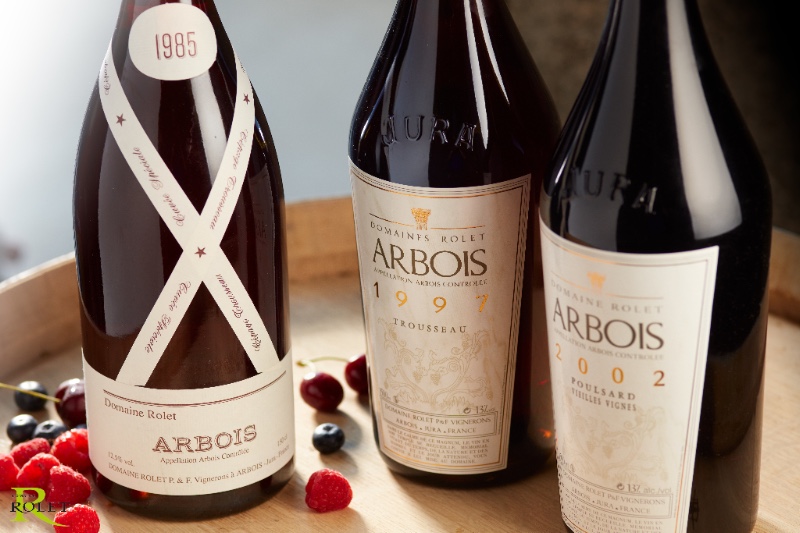 A selection from the vintage magnum treasures in Rolet’s cave